So for the next iteration of ANDERSTORPSFESTIVALEN i decided that we had to move away from using QR Codes to NFC. While QR codes works, it was hard for drunk people to align these codes in front of a camera in pitch darkness. It was clear another solution was needed for the system in order to make all this work.

I spent a couple of days thinking about this prior to the last iteration but i deemed it to hard. Then i realized i already solved the Bluetooth problem with the nRF52 Bluefruit board for the NeoPixel flashlight, why can’t i just attach an NFC board and repurpose the thing? Said and done, i bought a breakout board and just soldered it all together, looks like this: 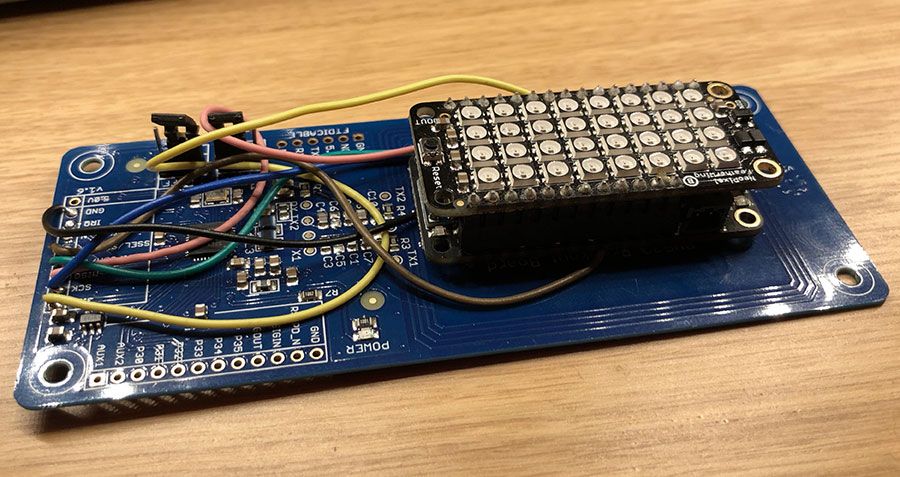 Wrote the code and got it up and running, at least for a prototype and it just works. I’m planning on using the UID of the Mifare NFC cards since it’s easy and the attack vector in a small group of people isn’t really that high. Another problem last year was that the nRF52 was exposed which during humid nights caused some stuff to flicker, decided to fix this all in one go by 3D printing a case.

Having never done something like this before it took a while to figure out the methods of modeling something like this but thanks to my caliper i measured it out and sketched it out in SketchUp. One cool thing i realized is that instead of making screw holes which my first iteration had, i could just have the 3D printer make the pegs that would hold the board, as you can see in the sketch. Same goes for board distances, they could also be printed straight off. The finishing for this will be a small frosted bit of plexi glass that will sit in the grooves and diffuse the neopixel. 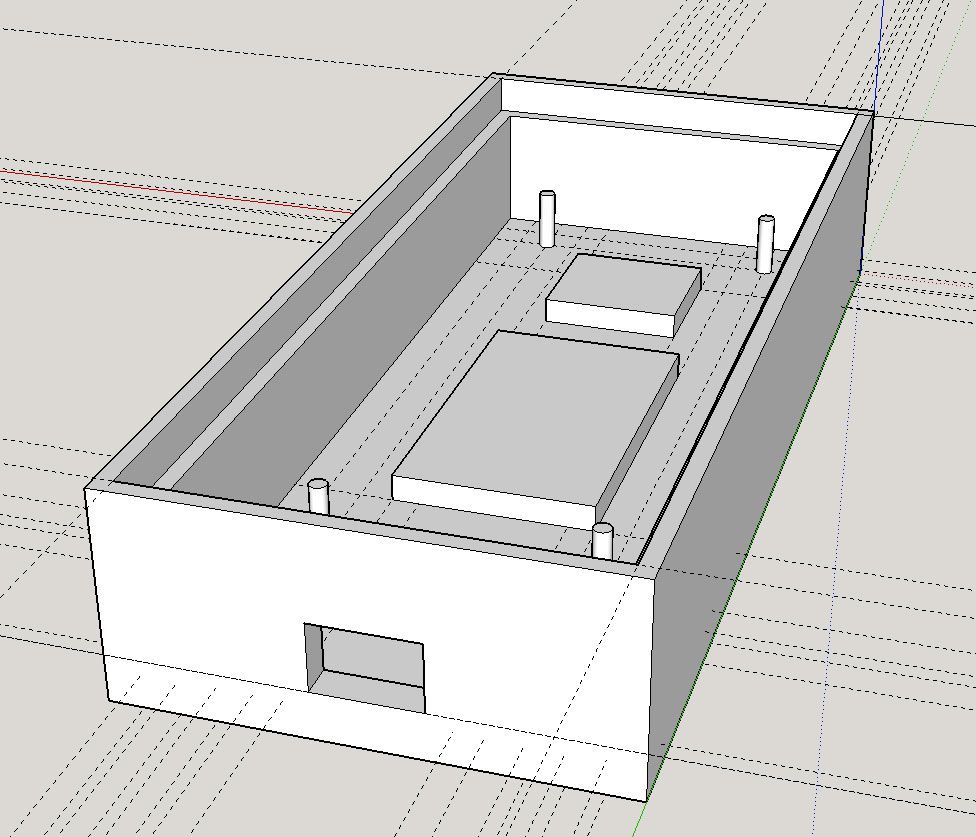 I sent the case way to Shapeways for print i was blown away with the result, having never 3D printed something before this amazed me how good the quality of the print was. I am legit surprised by how good the fit and finish was of the printed box. I bought a top cut piece of plexi to round the box off and with it all together this thing looks really sleek. 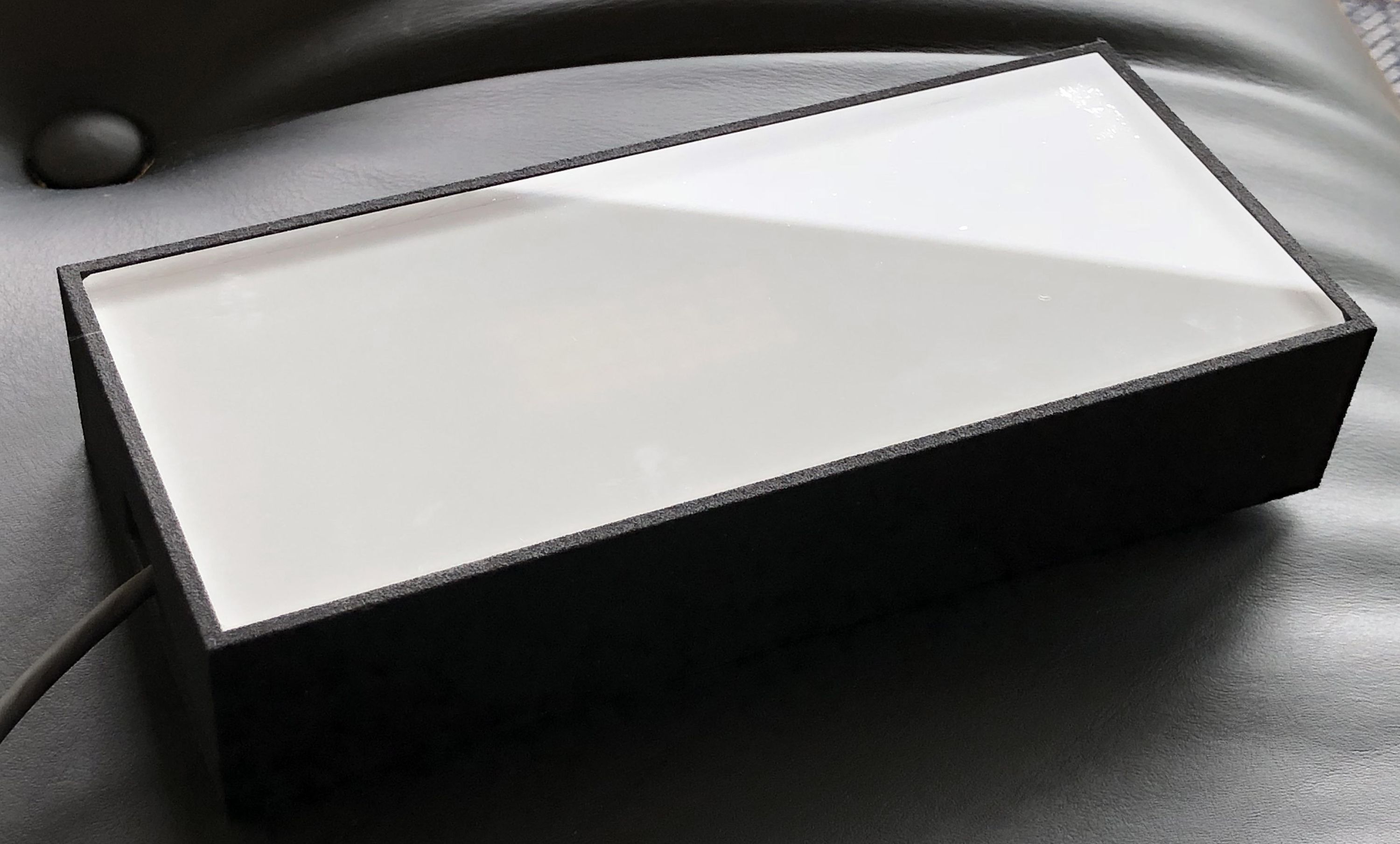 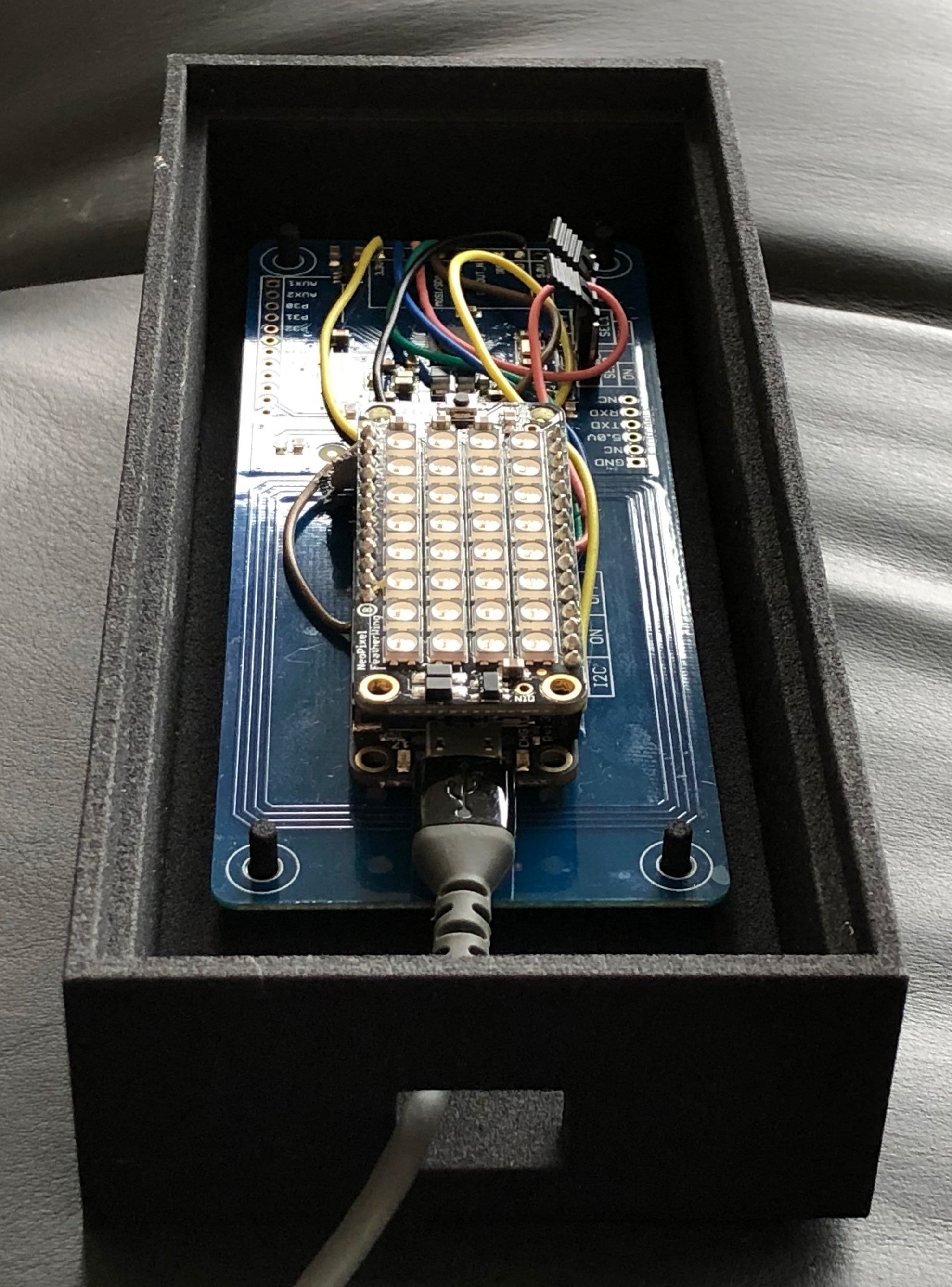 I’ve open-sourced the code, the schematics and the 3D print project on my GitHub