One problem that occurs from the relay writing approach of the Swap is that every participant lacks a reference for the final round. You only know how the song you have right now sounds and how previous rounds sounded which makes it impossible to create coherence across the entire album. People do their best of mixing the tracks but due to the difference in skill and subjective taste the results end up sounding widely different in terms of bias and emphasis.

For that reason we try to have one or two people do a “mastering pass” in which we import the “stems” (each track played back individually to a file) into a DAW and apply corrections and touch up parts with EQ. This time this task fell on me, mostly because everyone else seemed burned out from Swap 10 that seems to have been quite messy.

Mastering a swap is really hard because authors use multiple instruments per track and exporting “instrument” based stems from OpenMPT is buggy, so you end up having to piece together these tracks by slice & dicing the stems into new tracks in the DAW (in my case Ableton) which makes the timeline look ridiculous. 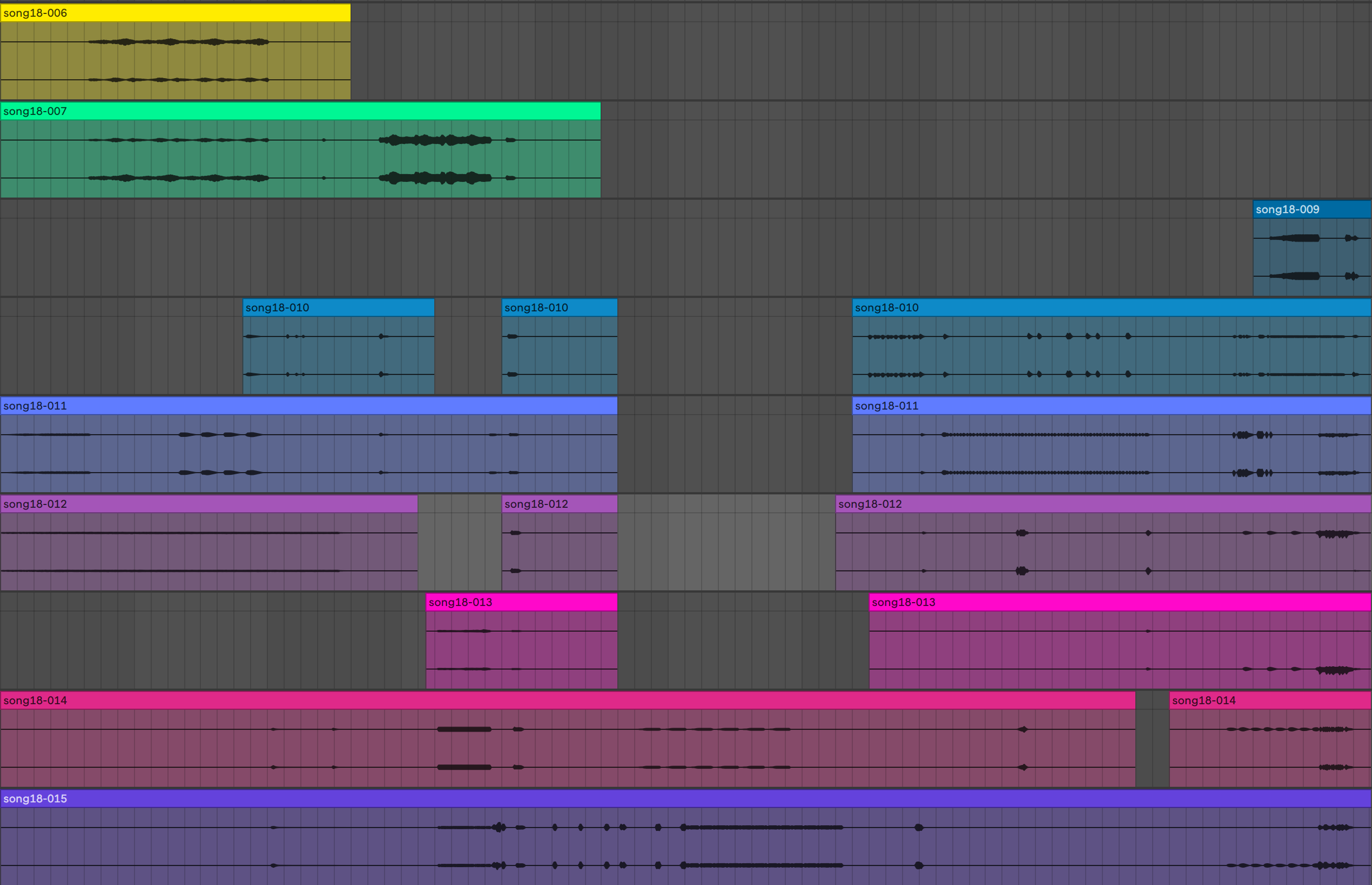 Because authors also tend to create new channels for similar instruments rather than reusing lead / drum tracks when switching instruments you also get a huge number of channels that play sounds at any time in any order. Some of the songs ended up having up to 80+ tracks when drums where split out from reused tracks.

That’s not the worst part. In order to play chords from instruments in OpenMPT you essentially have to play the sound on multiple tracks at the same time in order to not replace the sample player. This means that when mastering you have to group these “chorded” stems together in order to apply processing to them individually. This is a tedious process that takes a lot of time, especially when someone adds a 4th voice to a chord on track 43 when the rest of the chord is at track 3-6. Eventually you learn to easily spot these patterns visually, as the image to the right shows. 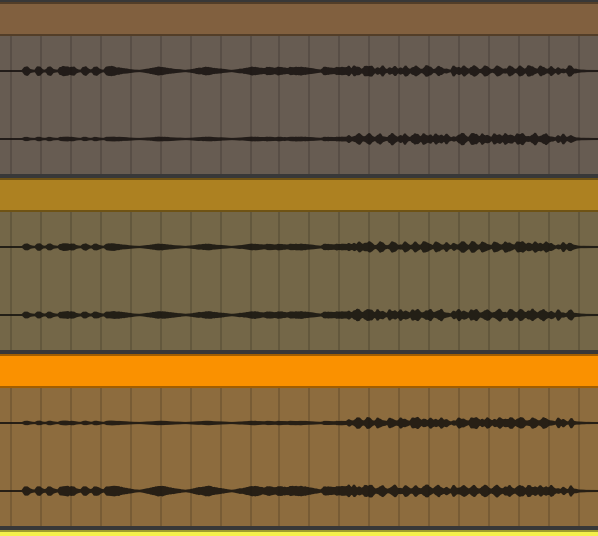 There’s also 18 tracks to actually go through, which is quite a challenge to keep interest in when the stems are as unorganized as this. It also makes it hard to do really meaningful balancing so you need to settle for touches that clears up mud in the mix. As the samples are pretty wide range the busier parts tend to get really muddy, so creating a couple of main audio busses where you apply selective EQ:ing helps to clear up the mix and get the bassline out of the mud.

After going over these we’re finally able to release these both as FLAC and on SoundCloud. Now I hopefully don’t have to master a swap in a long time once again. If you’re only going to listen to one of these tracks, listen to the brekadown in “Super Mike Adriano 64” around 3 minutes and 50 seconds. This is signature Dusthillguy and shows how the unexpected directions a track can take.

The process of Monsquaz Swap Album #11 I wrote earlier about the Monsquaz albums and it’s time again. Due to some constraints last year with work I couldn’t contribute much to Swap #10

Feeling Better April 30 2020 at 15:20 I went out for a nice bike ride in the sun, hoping to get some exercise as COVID had changed my life habits pretty wildly. I