The year is 2006. A younger version of myself is attending a LAN party in my hometown where i happen to meet RAMPKORV, a coincidence that opens a world of new experiences through Geekmeet and HELLÖ RÖMAN. As a part of this, RAMPKORV introduces me to dusthillguy who just had started making music at the time. As HELLÖ RÖMAN dismounts over the years for other reasons, the “MONSQUAZ” part of the group break out, being founded of the name of a internet SWF animation: The Monsquaz Animation. The year turns to 2011 and RAMPKORV and dusthillguy decides to try an idea they’ve had for a while.

What if a group of people made an album together, where everyone worked on everyones song, but noone knew which song they worked on or who had worked on the song before. Would the result be coherent enought to be listenable? Could the mishmash of approaches create something different? What came out of this experiment was the first Monsquaz Swap Album, an album made entirely in OpenMPT by around 10 people. You can sort of say whatever you want about the result but it’s impossible to deny the unique style that comes from this approach. The sound is like nothing else out there with orchestra hits used as keys, screams of pain used as leads etc. I personally couldn’t join in on the first album, but i’ve been a part of the 2nd, 3rd and 8th.

Today we released the 9th album in the series

Thinking back on these 7 years of collaboration makes one realize how fast time flies. What’s even better is the improvement the all people behind this project has done in terms of musical skill. I focused on extending track ideas in the early rounds, adding progressions to tracks and for later rounds just went hard on polishing sounds, layering pads and tightening up drum fills.

On top of adding parts to the tracks i decided to also make the album cover the second time around. My inspiration was to build something that represented the chaos that the album is with the visual elements that represents the MONSQUAZ community, this being the up and down arrow of the animation. I created a rather simple model of the arrow, cloned it, added some randomness and rendered it with Octane to get the depth of field effect. 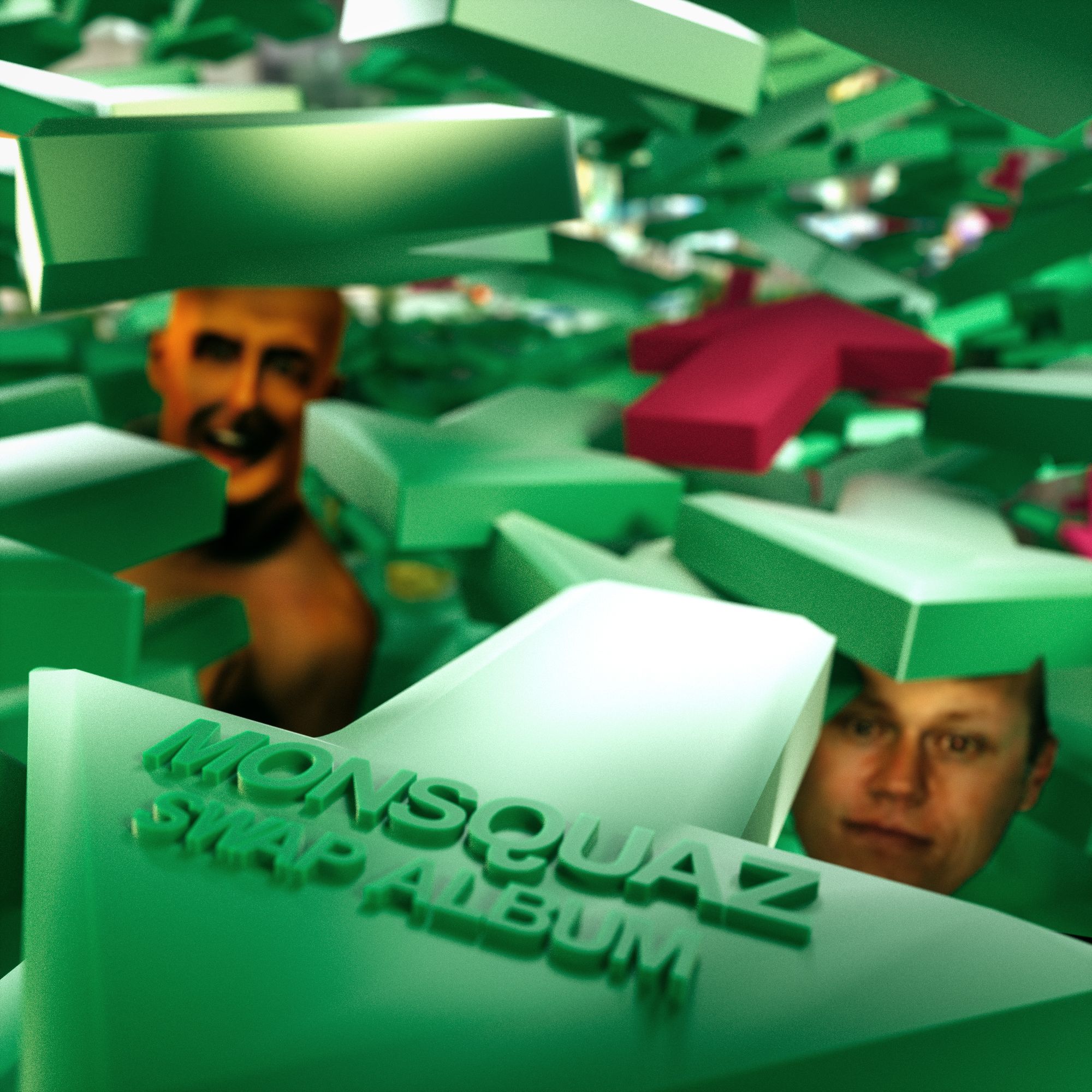