The Swedish Police released a statement today that they aren’t going to issue the permit for Emmabodafestivalen this year due to “a rise in drugs at the festival”. I find this deeply saddening, especially considering what Emmabodafestivalen aimed to be and how I relate to the festival. The Swedish Police has spent the last few years increasing their hostile stance against the music culture that’s been growing organically over the past few years in Sweden, everything from cracking down on raves to actively spending time on sabotaging festivals and other gatherings celebrating the strong scene that Sweden has.

In 2017 i visited one of the best festivals I’ve ever been to and as a result of my previous work in stage tech i have seen a lot of them. The name was Cult Cosmic and it managed to create an atmosphere that many other festivals lack: spacious, inviting, energetic and mystical at the same time. Around a 1000 people came together to create something that had a lasting impact on the people and the scene. Calle Wersäll describes the result in more detail but in short: the police wanted nothing off it. Pretending to work with the organizer prior to the start, they’ve secretly planned a large raid against the festival which btw had zero hate crimes or sexual harassment crimes any previous year in order to disrupt the festival. Instead of focusing their efforts on other festivals which had real problems (Bråvalla etc), the focus was on this 1000 person gathering because it defied the idea of what a festival is.

You had to be there to believe it. 5 police cars rolling in like this was some sort of crime scene and started interrogating everyone, with them being in uniforms and undercover. Throwing random people in for urine testing and searching everyone they could find at the dancefloor for drugs. A group of two men approached me and my friends and started asking us all these weird questions, doubting the fact that my friend who was visiting from abroad was British, accusing him of lying about his identity? (the accent alone should tell you he spent most of his life in UK) How does this make the festival safe in any shape or form? After 15-20 minutes the undercover police realized that there was virtually nothing they could write us a ticket for and left. Not only did my friend from the UK question what’s wrong with the Swedish Police but it also left me wondering what’s actually wrong. Does a gathering like Cult Cosmic truly warrant interrogation style police work over some techno artists playing vinyl in a forest with a permit? What goal does the police serve in this situation? They didn’t contribute on making the festival safer, in fact they did the opposite.

So why is the decision to shut down Emmabodafestivalen so sad? Just like Cult Cosmic managed to create something unique, so did Emmabodafestivalen. Where every other Swedish festival shot for growth, compromising on soul and experience in order to drive larger artists and attract larger crowds (in the search for higher profitability), Emmabodafestivalen stayed rather similar in size over the years. Instead of the attempt at hyperg rowth performed by now defunct festivals like Peace & Love and Bråvalla, Emmabodafestivalen scaled what they had in a slow way, retaining the unique feeling instead of moving it to a parking lot or airfield. It truly felt like the small festival, just with huge artists.

As the festival pivoted from its focus on indie rock around mid 2000s to a stronger focus on the electronic scene around 2007 the crowd also changed. Even with this dramatic shift in visitors, the festival still felt exactly like Emmabodafestivalen, artists still played out of modified barns on carpets instead of the huge portable lifeless stages of large festivals. People still camped inside the festival area, blurring the line of where festival starts and ends. You can see me standing to the right at the stage by the speaker, looking modestly tired after pulling an all-day shift, enjoying Infected Mushroom playing in the larger barn. 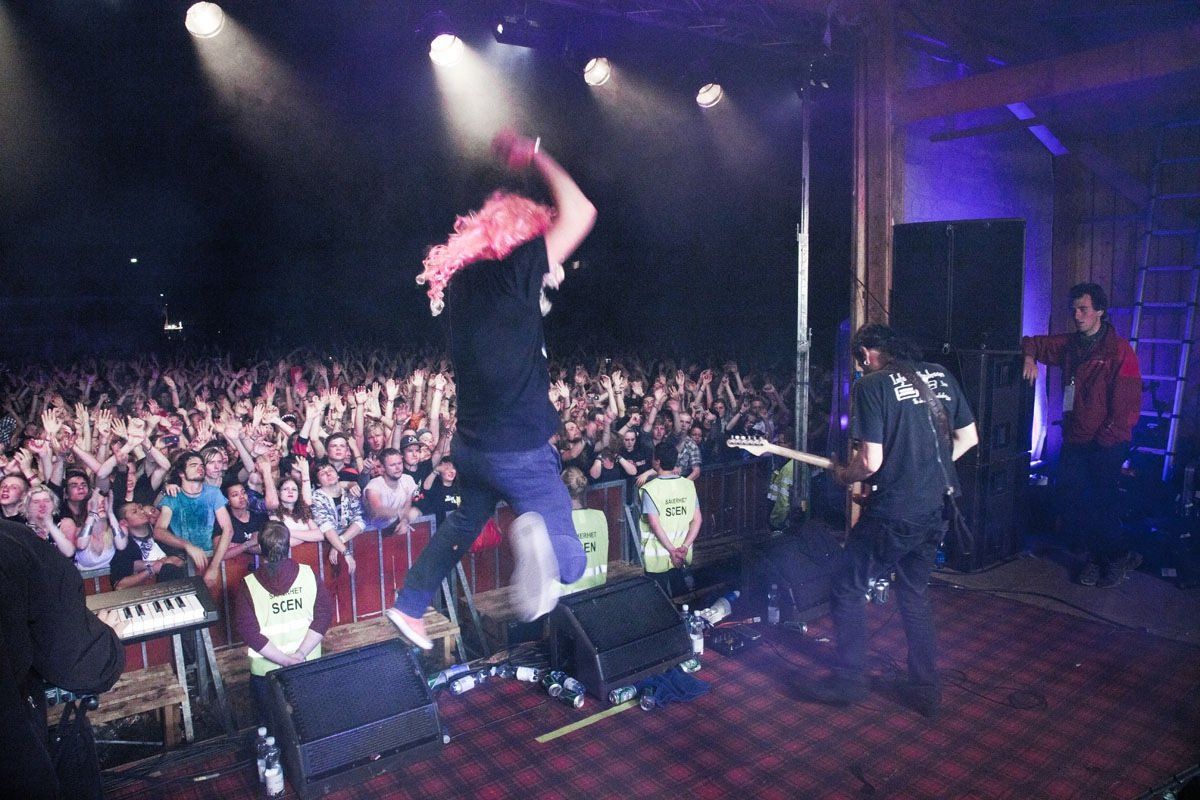 The police motivates this decision with “the growing culture of drugs” at Emmabodafestivalen, something that comes naturally with the growing influence of electronic music at festivals. After a substantial operation in 2018, the police managed to find 460 people with drugs on them out of the 13000 visitors (about 3%). Would you say that 3% of a festival doing weed and MDMA is a “sanctuary city for drugs”? It’s a completely ridiculous use of a statistic to drive an agenda of a perceived problem. In reality, this is just a way of punishing the festival for refusing to change what’s unique about it, the police is complaining over the “lack of light” and “uncontrolled area” which is exactly what the festival is about.

Deciding that it’s worth killing off a great place where the younger generation discover new music and gets exposed to electronic music culture over 3% of the visitors is Swedish stupidity at its finest. I think this is why it makes me even more angry to hear, the police itself is taking on the role as “political mediators” for what culture should be allowed and decides to destroy the best we have in the process to give way for events that has seen a decline in visitors and interest over the year.

Now, this would probably be fine if this was an incident in which the police had a clear line or was willing to compromise. However, it turns to be a spineless move when the organization itself take a softball approach to actual problems, like gang culture in Malmö. Almost the same day the police announces their program to stop the shootings in Malmö, tougher on crime? No. A program where they will “invite the gang criminals to a meeting” and talk about the issues. I wish i was joking but i am not. This is how the police deals with one of the largest issues in Sweden today but when a festival that’s been running for over 30 years hits a temporary snag: shut it down immediately, no compromises.

The Swedish Police is a public disappointment without coordination or vision. Acknowledging the fact that the people who work in this organization has no idea about how to handle these issues would be a good start. I’m doing my part.